The double-barrel pistol and its songbird

Parmigiani Fleurier is one of the only watch companies in the world that possesses a Restauration workshop. It’s a small activity within the manufacture – tiny even, when you consider its three dedicated watchmakers, the small work premises they are busy in, but the impact of Restauration on Parmigiani Fleurier’s expertise is colossal. 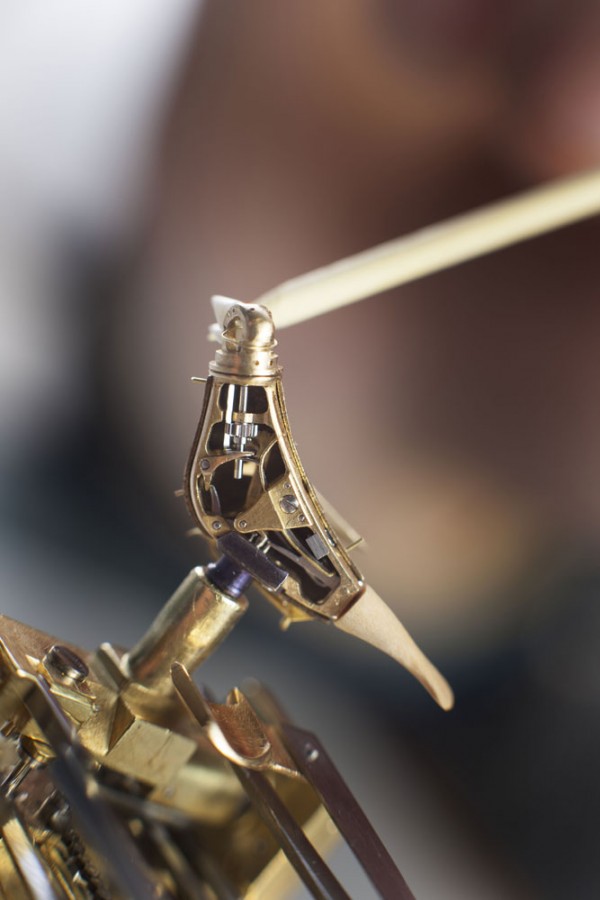 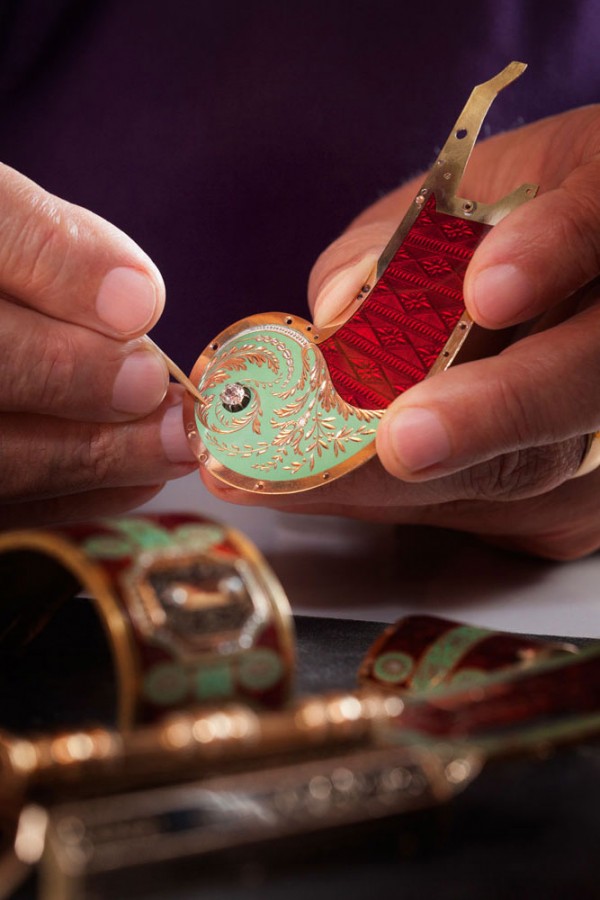 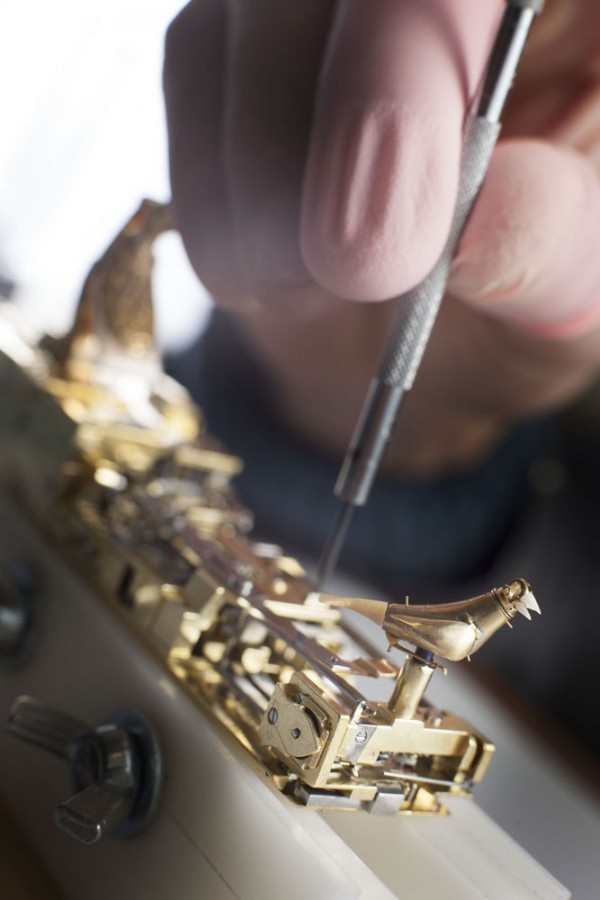 Restauration, or the art of re-establishing the former glory of an artifact by setting-it free from the torments of time, was Michel Parmigiani’s initial area of expertise when he started off as an independent watchmaker. Restauration has never ceased to be the soul of the brand in the sense that it has enabled Parmigiani Fleurier to understand over 3 centuries of watchmaking that have forged our trade. 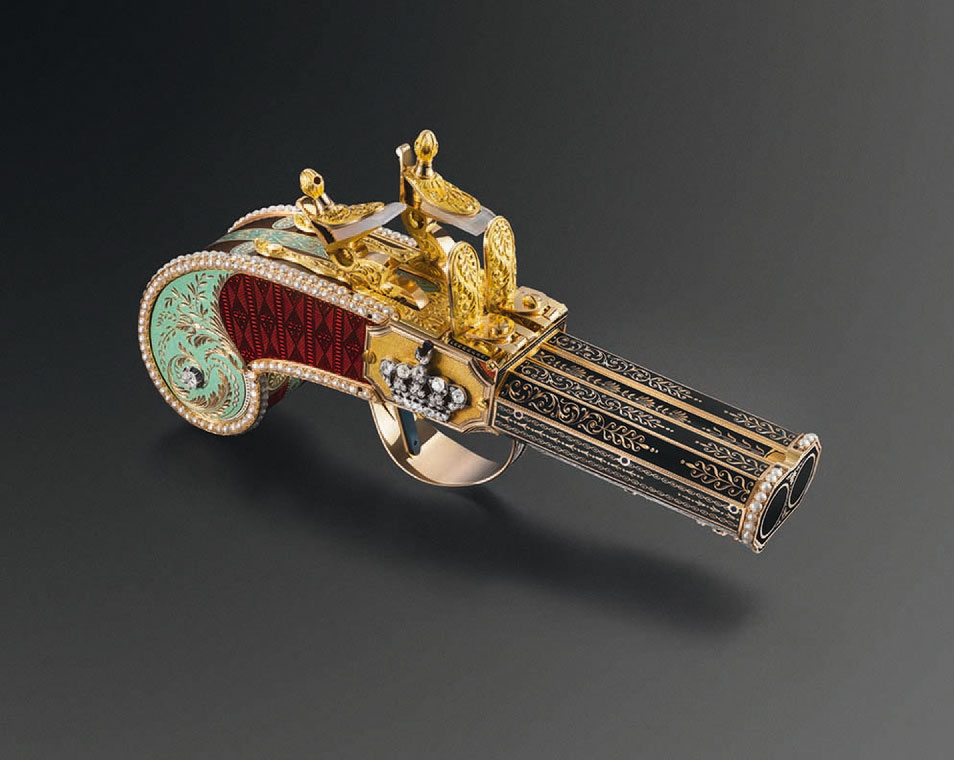 In 2016, after twelve months of work, Parmigiani Fleurier has brought back to life a unique object from the Sandoz Family Collection: the double-barrel pistol and its songbird.

This rare automaton was conceived and created, in all likelihood circa 1815, by the famous Frères Rochat with a design based on a cavalry pistol. When the hammer is cocked, pulling the trigger releases a hummingbird instead of the firearm’s traditional sight. The bird performs a pirouette, opens its beak, turns its head, flaps its tail and wings, all of this while singing a lively tune, before disappearing as surprisingly as it appeared.

Sadly, when it arrived in the hands of Parmigiani Fleurier’s restorers, this beautiful automaton was damaged in many respects. The passing of time had taken its toll on the mechanism and over the decades, no less than six interventions had been carried-out on the artifact, most of which were rash, faulty and had ended up distorting the piece as a whole.

Parmigiani Fleurier’s restorers had to start from scratch, unraveling the mysteries of the mechanism one by one. They refurbished every single part of the object, from the gear wheels to the bird’s enamel and feathers. And today, after this twelve-month journey, the masterpiece has been restored to its former glory. 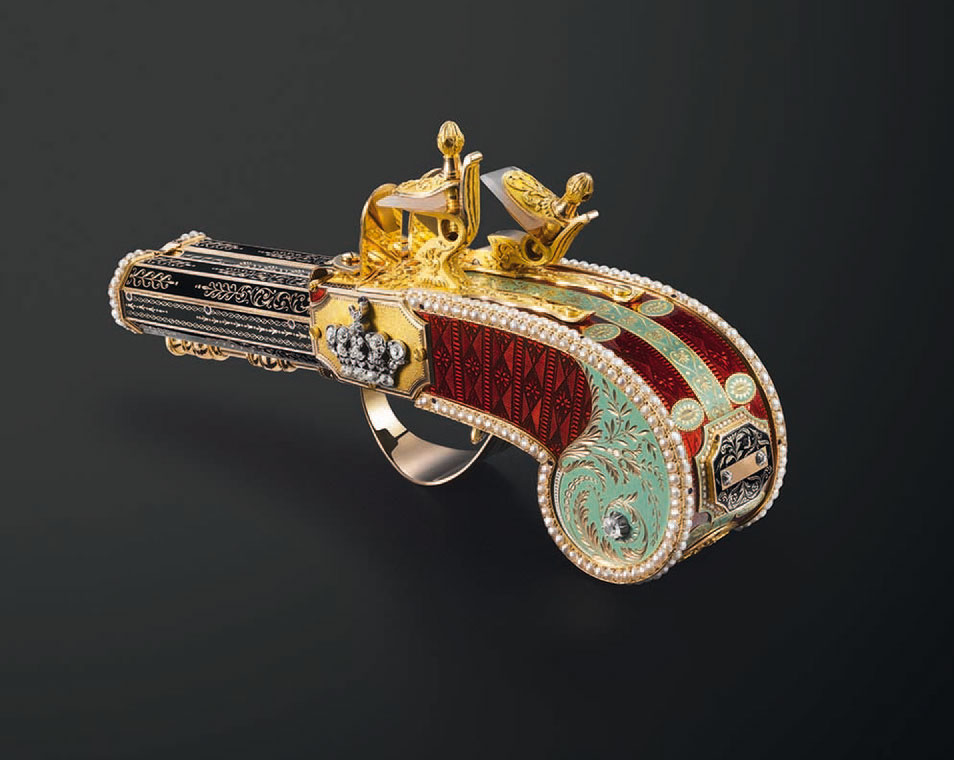