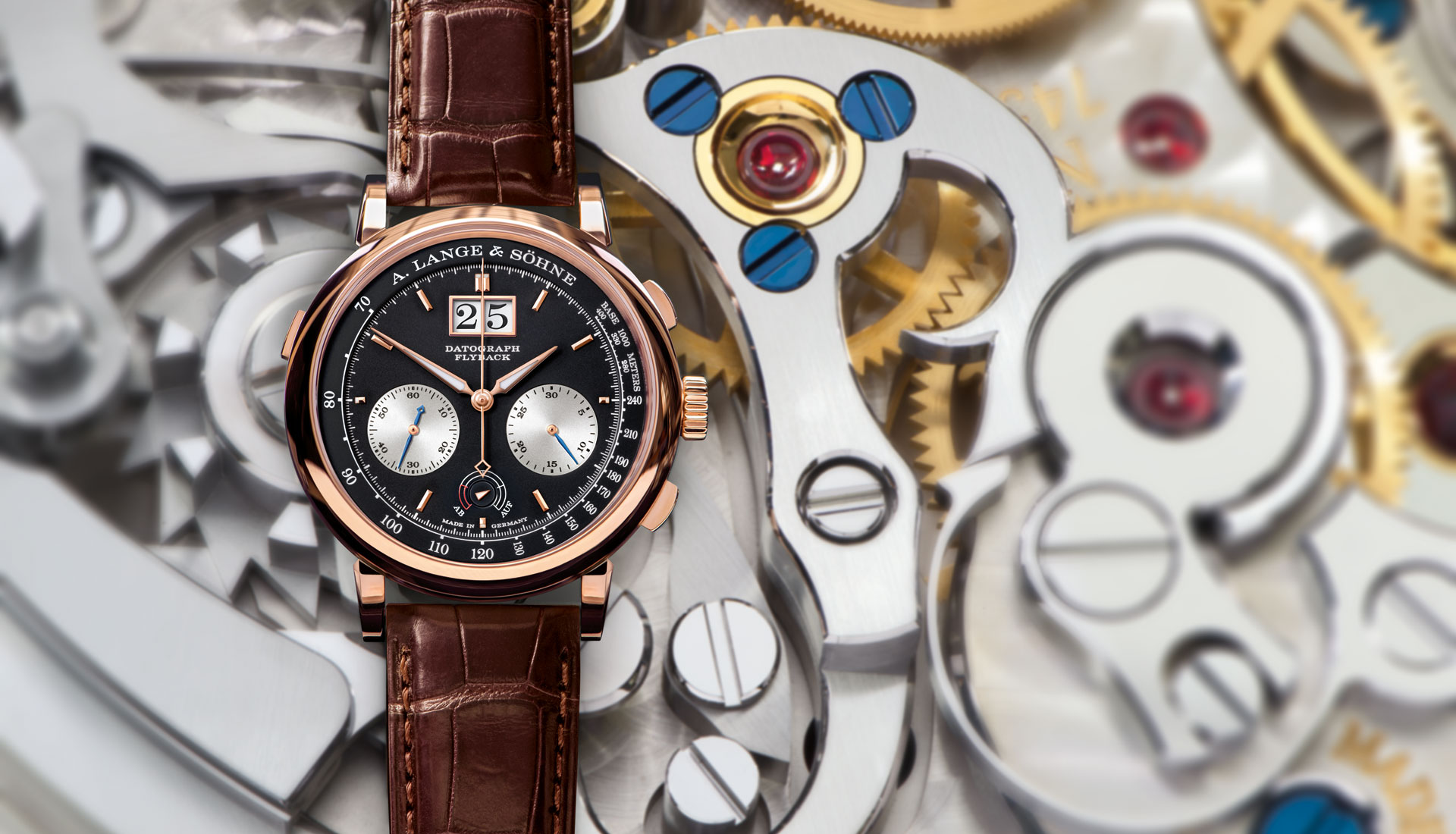 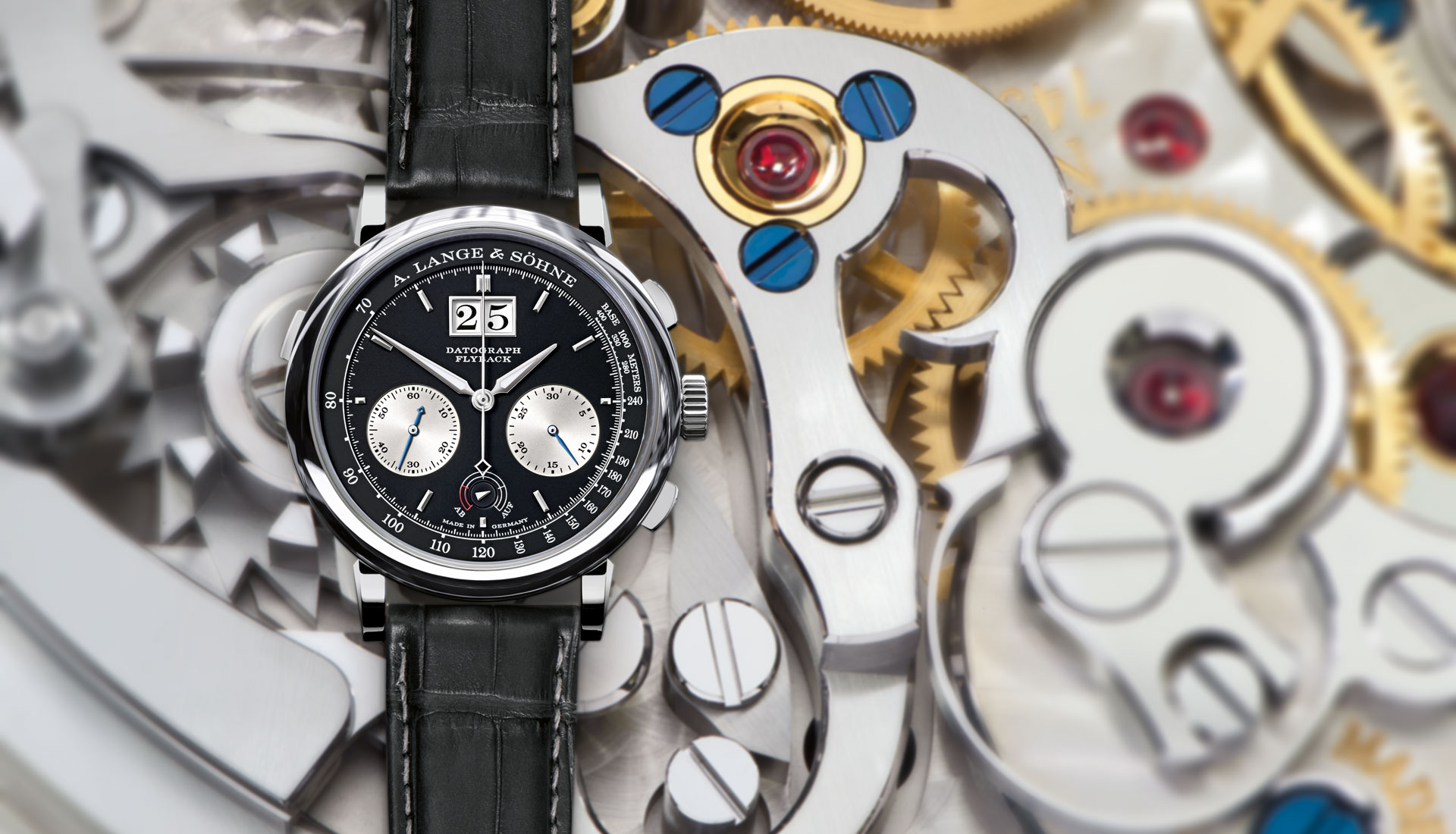 Industry experts regard the DATOGRAPH from A. Lange & Söhne as one of the most popular chronographs. In 1999, the world’s first ever column-wheel chronograph with a flyback function, precisely jumping minute counter and outsize-date display caused quite a sensation in professional circles. It has long since achieved cult status. It is not only the technical finesse that is unique, but also the harmonious integration of function and aesthetics. The DATOGRAPH UP/DOWN, introduced in 2012, offers a longer power reserve of 60 hours as well as a power-reserve indicator with an UP/DOWN scale that gave the watch its name. The chronograph, which previously only came in a platinum case, is now available in a pink-gold version with a black dial.

The argenté-coloured subsidiary dials and deep-blue moon disc on the new white-gold model of the DATOGRAPH PERPETUAL stand out particularly clearly thanks to the dial’s subtle grey background. Since 2006, the name has represented a combination of a flyback chronograph and a perpetual calendar, which will not require correction until 2100. If this does ever become necessary, however, the calendar indicators can be advanced either individually or synchronously. Lange’s passion for precision is also reflected by the universal corrector specially designed for this job: To prevent the indications from being inadvertently changed, the push piece at 10 o’clock can only be pressed when the crown is pulled out.